​As you may know, we have been the headline sponsor of the Social Worker of the Year Awards for 9 years.

We recently shared our highlights of the awards and were thrilled to be celebrating the success of social work teams across England once again. The 2019 awards took place at the Royal Lancaster Hotel in London and more than 400 social workers attended. The awards are designed to raise awareness of those who are nominated and also the impact that the social work sector has upon society.

This year, the awards were presented by TV chef Lorraine Pascale, who spent time in care herself during her childhood. Lorraine was joined on stage by Mark Harvey and Fran Leddra, Joint Interim Chief Social Worker for Adults; Ruth Allen, Chief Executive of the British Association of Social Workers and Peter Hay CBE, Chair of The Social Work Awards charity.

There were 17 different categories during the evening, with awards available to individual practitioners as well as social work teams, mental health practitioners, practice educators and student social workers.

The prize of the night was awarded to Louise Pashley, a children’s social worker from Rotherham Metropolitan Borough Council. Louise was named Overall Social Worker of the Year after receiving the Team Leader (Children’s Services) prize earlier in the evening.

During her time at Rotherham, the council has progressed from an Inadequate Ofsted rating to an Outstanding rating. It’s a phenomenal achievement and it shows how important effective leadership is. We’re hugely inspired by what Louise and her team have achieved and we’d like to offer our congratulations to everyone involved.

Our thoughts on this year’s event

James Rook, CEO of Sanctuary and part of the organising team behind the awards says:

“I say it every year, but the standard of social work practice gets better and better and this is something that as a profession, we should be celebrating. To see so many teams take the time to enter these awards shows the breadth of fantastic social work practice that takes place across the country by some incredibly inspiring and dedicated practitioners.

Once again, the awards night was a heart-warming event and it really brings home the fact that social workers are making a tangible difference to those in need. “

“The Social Work Awards 2019 was a memorable evening and congratulations to all the finalists and of course the winners! This year’s awards were particularly poignant as everyone shared in a moment of silence for the victims of the terror attack which occurred earlier in the day. It just goes to show how vulnerable we all are but as a profession we will support those in need. Sharing together is caring together.”

A full list of this year’s award winners and detailed case studies explaining more about their practice can be found on the Social Work Awards website.

What should I know before becoming a radiographer?
Posted by Dan Allard 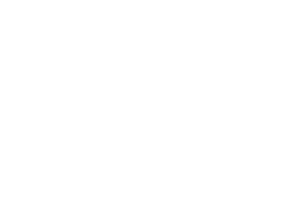